Saving Lives, One Chair at a Time 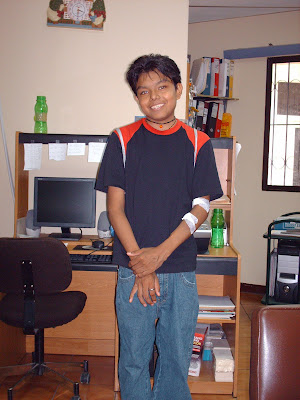 (this was first published at NEED on August 26)

The dialysis clinic had just opened in Guayaquil, Ecuador, when Juan Carlos was wheeled in, clinging to life. He was so bloated, nobody could tell if he was a boy or a girl. Juan’s mother, learning of the possibility of saving her son’s life, “sold everything they owned, sold the chickens for bus fare” to get Juan to the clinic for help, said Ginny Mello, Executive Director of Bridge of Life (BOL), a charitable arm of Davita, a leading dialysis provider in the US. Until that day, Juan had felt he didn’t want to go on living, didn’t want to burden his family with expensive dialysis treatment from a private hospital. Within days of receiving the dialysis that saved his life, Juan Carlos said that he now wants to be a doctor.

The non-profit clinic in Ecuador was the first of several BOL would open in subsequent years in developing countries, where kidney disease means certain death for anyone who can’t afford the expensive, ongoing treatment. Mello, who was a full-time Davita employee, and her husband, who is the company’s Chief Operating Officer, founded BOL to share their knowledge and passion, to “take what we know that works here and transplant it to a place where it doesn’t exist” in developing countries, said Mello. Davita donates equipment, expertise and employee hours to get the clinics up and running, which takes about a year.

Our kidneys filter excess water and waste from our blood and make urine. The two leading causes of kidney disease, diabetes and high blood pressure, can damage the blood vessels, causing kidneys to shut down. In developing countries, another risk factor for kidney disease is lack of knowlege, causing poor people to become very sick before seeking care. In addition, lack of understanding of the disease among medical professionals decreases the number of patients who are properly diagnosed and treated in early stages of the disease. Instances of kidney disease are not well-tracked in developing countries, but are believed to be much higher than in the U.S., where millions suffer with the disease, according to The National Kidney Disease Eduction Program.

For Bridge of Life, choosing a partner in an under-served area of the globe is the first hurdle. Since BOL doesn’t operate the clinics, the in-country partner, maybe a small hospital, must be able to financially sustain the dialysis clinic, be geographically accessible, and be able to offer nurse and physician expertise. Once a partner is identified, BOL helps to build the clinic, bringing in nephrologists, nurses and technicians who donate their vacation time to train local staff how to operate and maintain the machines. BOL staff and volunteers return for a clinic review every six months for three years, and clinics should be self-sufficient thereafter.

Water used in dialysis has to be cleaner than U.S. tap water. Another challenge is identifying a location with an abundant water supply needed to run the dialysis machines, with a local supplier of parts for the water filtration system. BOL is overcoming these challenges and more, one clinic at a time, at clinics in Cameroon, India, Ecuador, Guatemala and the Philippines. “We are saving hundreds, not thousands, of lives,” said Mello, who admits there aren’t enough dialysis chairs in the world for all the people who need them. But she remains passionate about her mission to help as many people like Juan Carlos as possible. “Who knows what he will do with his life? He may touch another one hundred or a thousand lives.”
Posted by Mosassy at 12:21 PM